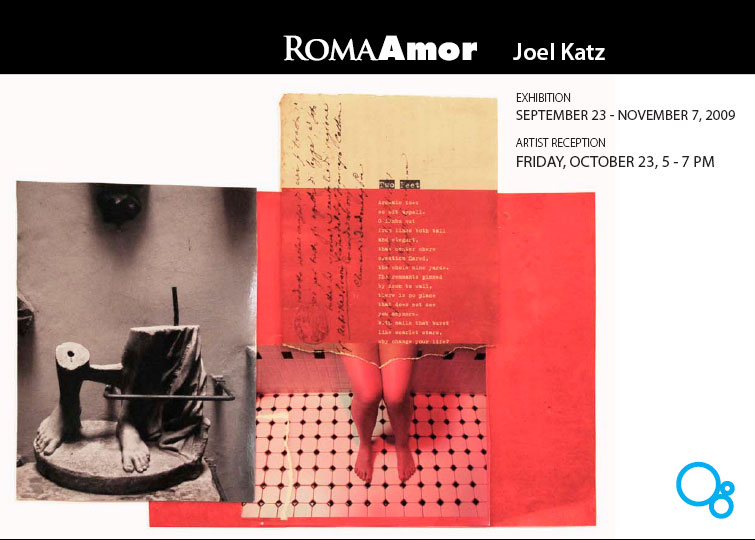 A collaboration with poems by Randall Couch

and images by Joel Katz

Italy is about sex, religion, and death (not necessarily in that order). And, like photography, about time, as you would expect from a country in which “modern” history begins in 1600. Italians’ attitude about these subjects is, to say the least, ambivalent and complicated, and it is this ambivalence that intrigues me and that I have tried to capture by juxtaposing images that reveal the ambiguities, contradictions, and contrasts in Italian life and culture.

His photography has been exhibited and published in both the U.S. and abroad, and his work is in the collections of the Museum of Modern Art and the Cooper-Hewitt Museum, New York, and the Museum of Modern Art, Tokyo and Kyoto. Katz's articles have appeared in Messages, the AIGA Journal of Graphic Design, Visible Language, Print, and the Philadelphia Inquirer. He was made an honorary life member of the International Paediatric Nephrology Association in 1980; in 2000, he presented his work at the TED-X conference in Monterey.

Katz holds BA, BFA, and MFA degrees from Yale and has taught at Yale, Rhode Island School of Design, University of the Arts, Moore College of Art and Design, and Philadelphia University and is the co-author of two books published by MIT Press.

Randall Couch edited and translated Madwomen: The Locas mujeres Poems of Gabriela Mistral (University of Chicago Press, 2008). He is a regular panelist on the podcast series PoemTalk sponsored by the Poetry Foundation, PennSound, and Kelly Writers House. His poems have appeared in numerous journals and have been anthologized in Best New Poets 2005 and Xconnect: Writers of the Information Age VIII. In 2000 and 2008 he was awarded fellowships from the Pennsylvania Council on the Arts. He is an administrator at the University of Pennsylvania and teaches poetry writing and poetics at Arcadia University.