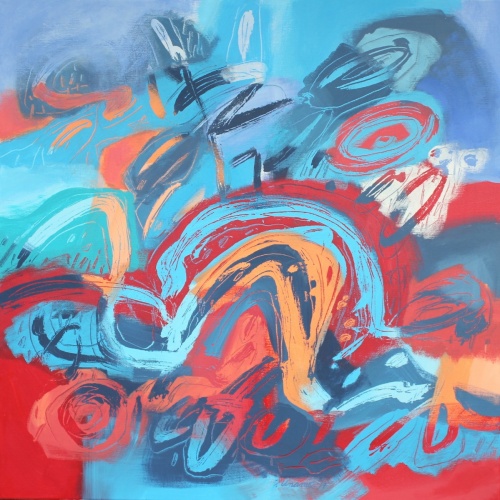 Jacqueline Unanue is featuring the work titled Awakening (Despertando), 2019, acrylic on canvas, 24”x 24”, in Muse Gallery, Philadelphia. This is her very recent art action supporting the social movement and the peace in Chile, the country where she was born.

Jacqueline Unanue is a Chilean American artist of Spanish ancestry residing and working in Philadelphia (PA), since 2000. She studied design at the Universidad de Chile, Valparaíso. Unanue traveled extensively through Chile’s Atacama Desert doing on-site rock art research in the solitary valleys, mountains and cliff areas where original ancient rock paintings and carvings exist. In Spain, she studied the pre-historic paintings of the Altamira caves in the Basque Country, the home of her paternal ancestors.

Jacqueline Unanue’s work has been shown in both solo and group exhibitions around the world and she has received many honors and awards internationally.