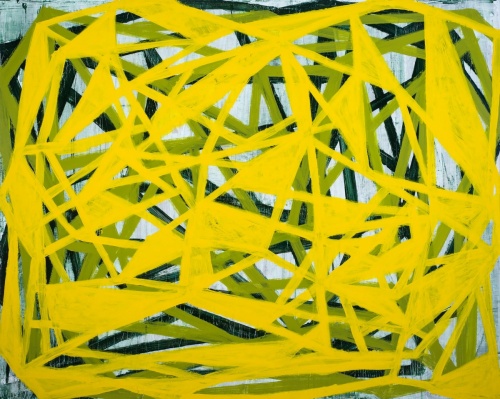 In 1975 Bernie Taupin and Elton John wrote “Philadelphia Freedom,” their tribute to the “Philadelphia sound” made famous by the Delphonics, Kenny Gamble, Leon Huff, Thom Bell, and the Spinners. The lyrics reflected the surge of patriotism anticipating our country’s upcoming 1976 Bicentennial, which had such deep roots in Philadelphia.

Forty years later we see the emergence of another group of Philadelphia artists, this time a group of abstract painters. Each asserts his or her individual voice, yet as a group they create a solid counterpoint to New York on the East Coast and Los Angeles on the West. These artists are: Charles Burwell, Tim McFarlane, Steve Riedell, Rebecca Rutstein, and Erik Spehn.

Painting in the Cradle of Liberty is as vibrant today as anywhere in the country and this exhibition hopes to raise awareness. Free from the pressures of the more traveled centers, the independence of these artists, their freedom, allows them to shine their special light.