My Ancient Land by Jacqueline Unanue needs your support. 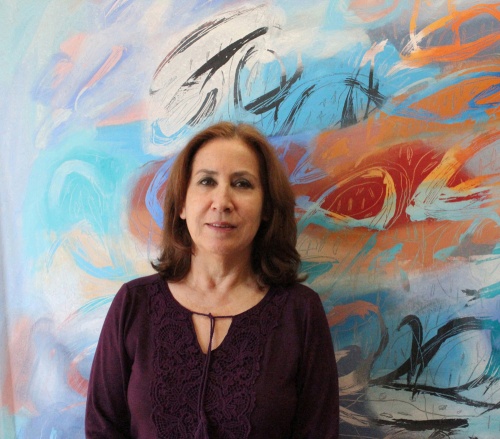 She has been invited to present a solo show in three prestigious galleries, in three countries during 2015. The first, will be held at Chilean Embassy in Washington DC, United States, during March; the second one at Sala Viña del Mar, in Viña del Mar city, Chile, from April 14 to May 9; and the third one, at Casa Elizalde, in Barcelona, Spain, from September 15 to October 16.

Jacqueline Unanue is a Chilean-Spanish-American visual artist, living and working in art for almost fifteen years in Philadelphia, PA. We glad she's one of the tribe.

She has started an online campaign with indiegogo in order to raise funds for this traveling exhibition in three countries. The campaign link is below.

About the artist
Jacqueline Unanue was born in Chile, and studied design at the Universidad de Chile de Valparaíso. At that time she became interested in pre-Columbian art, especially the rock art done in her native country. She also traveled to Spain to study the pre-historic paintings of the Altamira caves in the Basque Country.

In addition to numerous individual and group exhibitions in Chile since 1983, she has also been exhibited in Spain, Finland, Ecuador, Argentina, and the United States—in galleries in Washington D.C., Philadelphia, Chicago, and New York.

Since her arrival in the United States in 2000, her artistic vision has mainly been expressed through abstract acrylic painting on canvas. She is represented by the 3RD Street Gallery, Philadelphia, PA