Ruth Scott Blackson has been a practicing artist for 10 years. In 2006 and 2009 she was successful in obtaining an English Arts Council award for projects, which culminated in residencies and exhibitions hosted in Russia and France. In 2009 her work was included in the Younger Than Jesus Artist Directory, New Museum, PHAIDON.
Her work was selected for the 2015 exhibition series at Eastern State Penitentiary in Philadelphia, while in the latter part of 2013 she had her first solo show in Old City, Philadelphia. She relocated to Philadelphia, USA in 2011 and is a member of Delaware Valley Chapter Guild of Bookworkers.

Ruth also owns The Book Restorer, a book restoration and binding company based in Philadelphia. 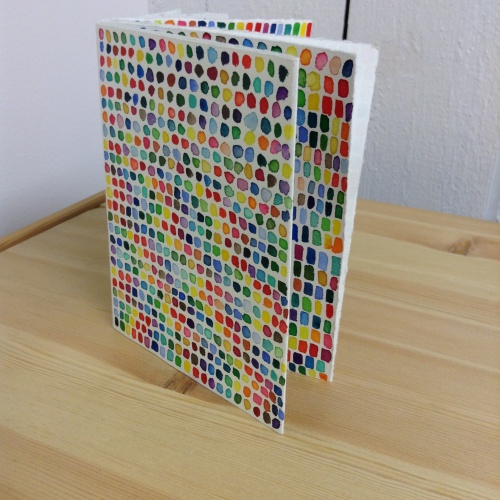 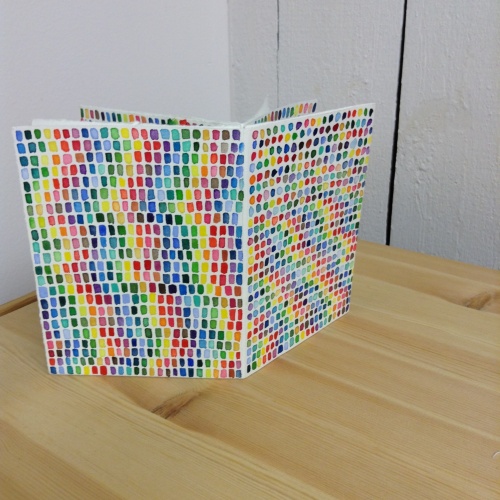 Using my favorite colors in the Kuretake Gansai watercolor set I intended to create a color grid (starting out as color blobs).

As the book progress the blobs become a little more formal and more like squares or rectangles, and patterns also start to emerge in the book.