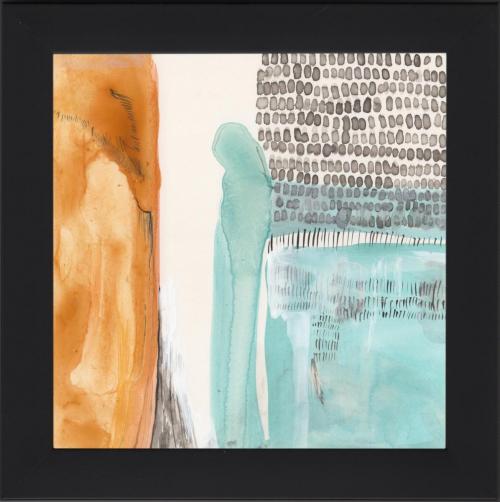 Wendy Wolf creates obsessive repetitive artwork inspired by language and leaves. She was born in 1974 in New York State, received her BFA in Printmaking from Alfred University, and moved to Philadelphia, PA in 2003 to complete her MFA in Printmaking from Tyler School of Art, Temple Univ. She currently lives in Newton, MA and works in her studio at Waltham Mills in Waltham, MA. Utilizing processes she developed for herself in printmaking, Wendy has focused on painting and works from paper since 2005.

She has exhibited her work internationally, notably at the International Print Center NY, the Sam Quinn Gallery in Philadelphia, the Center for Emerging Visual Artists in Phila, the Independence Seaport Museum, Danforth Art Museum, a solo show at the George School in Newtown, PA, and a solo show at 161 West in Philadelphia. Wendy has completed artist residencies at Taliesin West, Contemporary Artists Center at Woodside, and Beechwood Arts. In 2012, she taught a seminar for teachers at the Philadelphia Museum of Art.  In 2013, she completed a large scale outdoor installation in a working shipyard for the show OccupyING the Present at HarborArts in East Boston, the show was reviewed in publications including the Boston Globe, Artscope Magazine and International Sculpture. In 2015, a solo show at the Bromfield Gallery in Boston, MA presented her large scale leaf installation Natural Repetition: Honey Locust Leaves also shown in NYC, Philadelphia, PA and Alexandria, VA.

From 2012 to 2015, Wendy was represented by FitzRoy Knox Gallery (who have now closed). FitzRoy Knox exhibited her work at numerous high end art fairs including SCOPE NYC, CONTEXT Art Miami, Art14 London, and the Affordable Art Fair NYC where her work was chosen as a top pick in the fair by Charlotte Cowles, Senior Editor at Harper’s Bazaar—one of only 5 awards. In 2017, her artwork was shown along-side works by Fragonard and Oudry in “The Variable Line: Master Drawings from Renaissance to Contemporary” at the Redwood Library and Anthenaem in Newport, RI. Her work was also accepted into Bridgette Mayer Art Advisors, a prestigious artist registry based in Philadelphia, PA.

Wendy will be moving to Santa Fe, New Mexico soon. 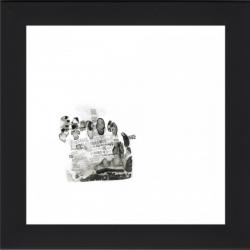